I Like My Days To Be Quiet and Drama-Free 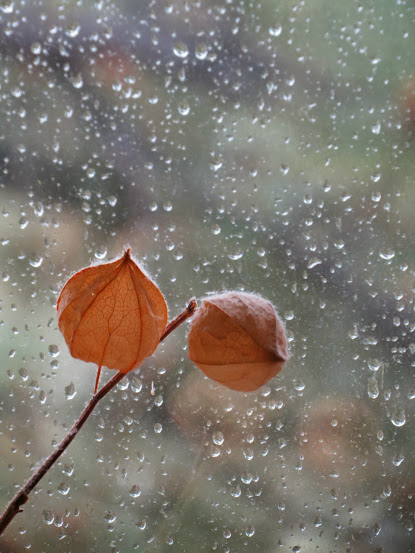 ...unfortunately all the crap going on at work are still going.

I am knitting, and sewing at home, one way to keep me centered and sane. I'd love nothing better than to be left alone and make my own things. So sick of dramas and politics at work, so sick of people being territorial and trying to play mind games.

At least there is something going on on my needles, a pink sweater with simple cables. 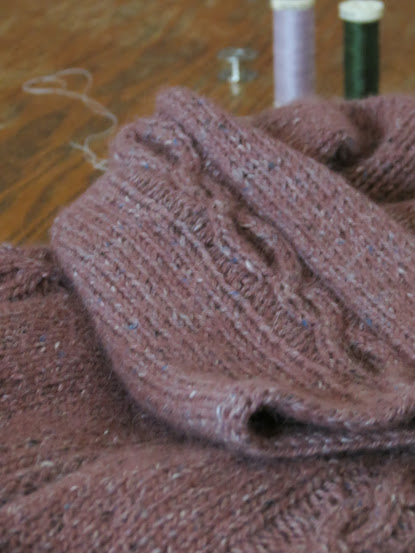 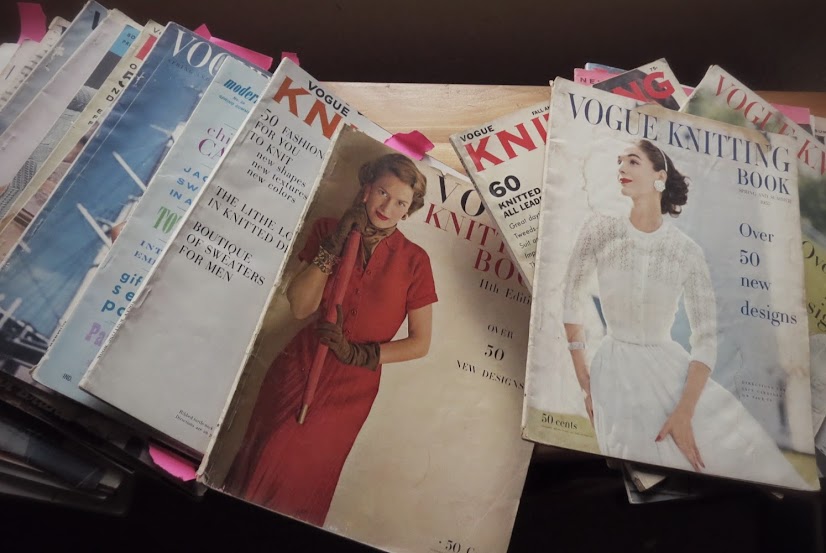 A new semester has started.  So far it seems like I'm having pretty decent classes this fall.  One class that was always such a disappointment in fall semester due to students unpreparedness is actually going shockingly well.

On the other hand, there are stuff going on outside of classroom that had been rather .... So It certainly brightened up my day last weekend when Kate, Paul's sister, called me up and told me to look out for a box of magazines she'd sent me. She'd found a box of old Vogue Knitting magazines at flea market for $5 and she thought I might like it. After our chat I rushed to the post office to pick up the box. I was absolutely delighted to find at least 20 or 30 magazines from mostly 50's and 60's, and a few from 70's. I spent that entire afternoon looking at the patterns and wishing I could just quit my job and have the time to knit all of them. 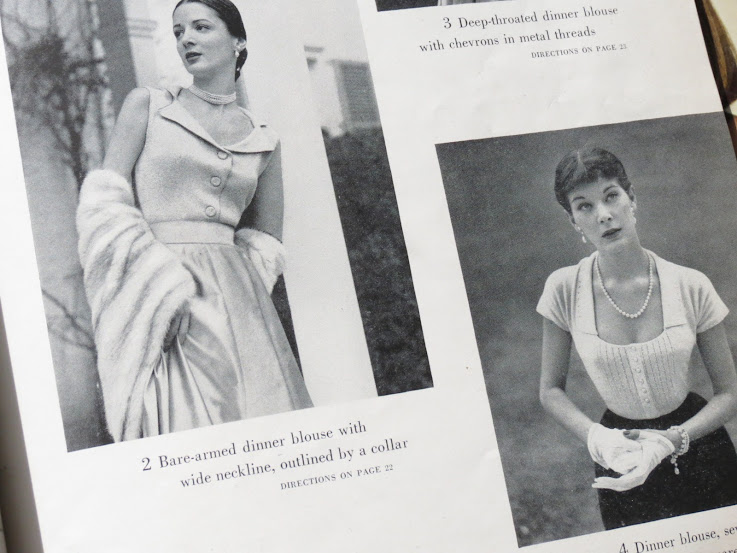 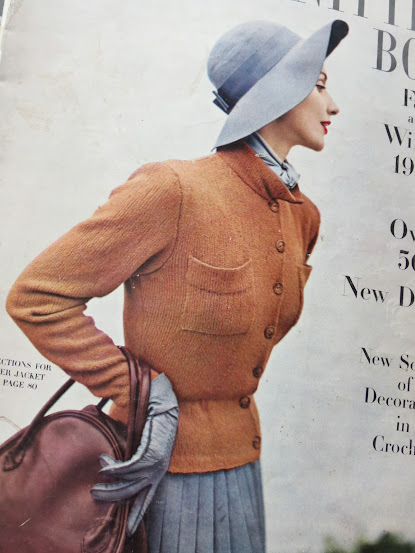 I absolutely love the styles of the eras in the magazines. I noticed that most of the sweaters in the magazines though fitting, but were never super tight.  Unlike the modern trend of either positive or negative ease, these sweaters tend to be zero ease at bust, yet not quite so tight around the waist. There were also tons more dresses back then. And of course the sweaters were mostly knitted in pieces and sewn together. Each patterns came with only 2 or 3 sizes at most. Many had only 1 size.  The largest size usually fell somewhere around 36 for bust. Vogue Knitting had always been more fashion conscious in styling compared to other knitting magazines.  That fashion sense was especially lovely in the older magazines.  I'm not one who is nostalgic for "the old eras" when women were expected to play certain roles in life or to have 12" difference between bust and waist, but I love the sophisticated looks here in the magazines as I can totally see the sweaters appear in old or period movie/TV scenes.

It was a very sweet gift from Kate. 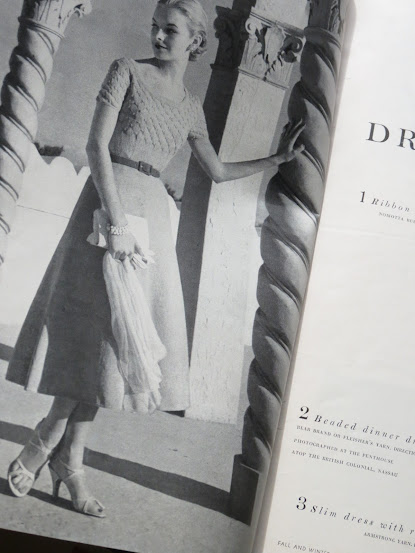 More on vintage things. I also recently bought a vintage sewing machine from an estate sale at the end of summer. After I got it home I searched online and found that it was a Singer 285K, possibly one of the worst model singer had made.  Good thing I didn't pay a lot for it.  Not that I was really planning on doing much sewing with it  It was an impulse buy for the cute look of the machine and the table it sits in. The seller told me the machine works, but I wasn't sure because the belt was broken. When I brought it home, I took apart the shell and did a quick cotton swab cleaning and oiled it, the next day I bought a belt for it.  It works!  The consensus on the internet seemed to be it was considered a poor model for singer because of the noise.  Well, it turned out to be quieter than my cheap Pfaff machine, so I'm OK with it. And about my cheap Pfaff Hobby 380, yes, it's cheap, it's loud, but I think it's a good machine.  I believe I didn't pay a lot for it 20 years ago as I was just as broke back then as I'm now. The machine has never been serviced, nor did I know I was suppose to oil it.  It sat neglected for most of the time, and you know what, it still works fine for me.  As with most things in life, as long as it works for me, as long as I like it, it's all good.

Posted by yellowcosmo at 6:00 PM 2 comments: