I don't have kids.  But I am really saddened and angered by all these senseless killings of children in Toulouse and killing of a child in Florida...because of their race. Posted by yellowcosmo at 8:07 PM No comments: 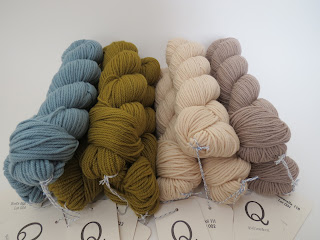 After staring at the screen again and again for weeks, I finally bought some yarn from Quince and Co.
The package arrived today.  LOVE!

For a while I'd come to the realization that with sweaters, I generally preferred solid color over hand-dyed yarn (though not always, but I found myself feeling more disappointed when tones were too varigated in a sweater.)  I was also drawn towards slightly muted colors over highly saturated palette.  The yarns that came in the package answered all my wants and needs.

I even bought a color card. Based on the colors I saw on its website, I had a feeling I'd want more in the future.

This time I did not order sweater quantity for any of the colors. However, I can easily see myself wanting a sweater in each color! Not to mention all the fun colorwork I can do with the range of colors.  I'm already dreaming a dress in Sparrow (linen) that according to the company website, a new shipment is due any time now.

These yarns are soft but not like cashmere/merino soft.  I suspect they will pill less and add a bit more structure to garments if knitted at a good gauge. 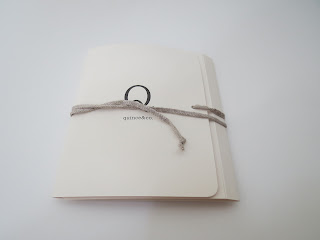 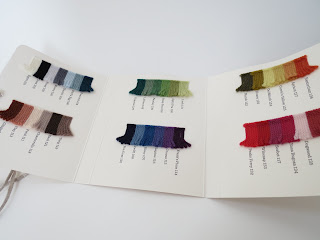 I had this idea of shawls in my head for a while and it's taking up space.  So I thought I might as well make it and see if it looks as silly as I have expected.  Well, it's sillier.

The idea was making colored circles of leftover yarn without using intersia.  It was done with short rows.

I made one in 3 days - the thinner and darker one.  It came out much thinner and smaller than I'd hoped.  So I made another one using lighter grey.  Both were dyed with logwood grey, which may fade over time.  No biggie.

I'm still ambivalent as to how much I like them.  I like them as ideas, but they kinda look like scarfs for a clown, as oppose to simple, fun, shawls as I'd wished them to be.

But at least that space in my head is now emptied out waiting for new tenant.

The one on the left I used needles US #5, and US #4 for the second one.
Both were worked from the bottom edge up because I just couldn't wait to work the circles. Spring break is here! My students have no idea that I'd been looking forward to it more than any of them.
Posted by yellowcosmo at 11:03 AM 2 comments: It was simple construction, top down in round with raglan sleeves.

The yarn was Knit One Crochet One Camelino in grey and Naturally Heaven in deep purple. Both were purchased from Elann and sat in my stash for a long time. I used US #7 needles for the main body and #3 for the insert traingle.

Buttons came actually as a set with a third one that I skipped and bought them at Joann's.

This is a very warm and cozy sweater that I think I may actually wear it often. Thanks to all of my wonderful testers, Donna, Jennifer, Momo, Sarah, and Terry for their amazing help,the
Slopestyle pattern is finally up and available via Ravelry.

I realized if I procrastinate the editing any longer it may never get done considering all the stuff I am having to deal with now. I should be excited about its publication, but truthfully I'm actually more relived to have one more thing crossed off my TO DO list.

Now I'm getting ready to drive down to Bay Area for the weekend to be with family.
Posted by yellowcosmo at 10:45 AM 1 comment:

Life knida blew up on me this week.

On Tuesday I got a call from my little sister that mom's breast cancer may be back and spreading to other parts of body.  Today both her and my older sister told me they got the confirmation of the bad news from the doctor.

It's gonna be a rough road ahead of us.  Besides being completely scared, I'm also numb from the shock. At the same time, I feel guilty that my sisters are shouldering all the responsibilities of arranging and taking my mom to all the appointments, yet I can only pitch in very little.

Early this week I finally settled down to start a new knitting project, but after the first call from my sister, I'd only been able to knit 2" so far.  Every time I sat down to knit I'd do one or two rows then I couldn't continue it any more.

Just when I though I'd finally found some solid ground under my feet....   I will be driving down to Bay Area and visit my parents next week.
Posted by yellowcosmo at 9:25 PM 15 comments: