After eating way too much on July 4th,  I went for a hike yesterday to Meiss Meadow.
Drove up to 89 (Luther Pass) and parked at Big Meadow Trailhead Lot, and from the lot I crossed the highway to begin the hike south towards Round Lake. It is also a small section of Tahoe Rim Trail.  First was some switchbacks going uphill for 1/2 mile to reach the fork of Meiss Meadow/Round Lake, and Scotts Lake.

The meadow was special to me because we took Cody there once.  He was such a good trooper.  For a 15 pound 13 year old little dog he trudged on uphill without any complaints.  The particular memory we had of that place was when we reached the stream at the meadow he walked right into the water and laid down.  Both Paul and I dropped our jaws,  Cody absolutely hated going near any water.  He was hot from the climb.  That was the only time I'd ever seen him getting into water voluntarily. 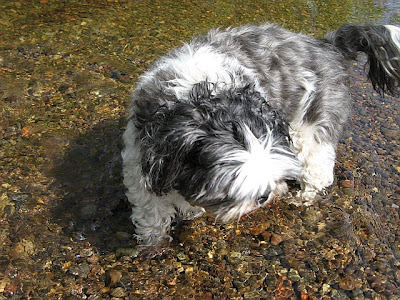 So I got to the meadow and stood by the stream for a short while, missing Cody. 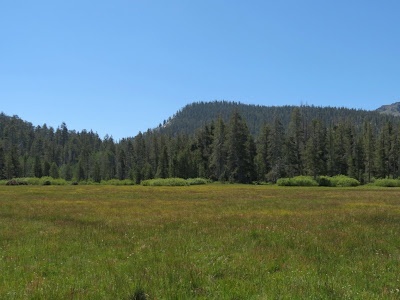 Then I continued on towards Round Lake.  Wild flowers were blooming everywhere.  Once I passed the meadown, it was uphill for about 1.5 mile.  It then started to drop down.  I began the descent for 10 minutes and decided to turn around instead of going all the way down to the lake.  I cold tell my legs weren't up for the climb on the way back, even though the lake was only less than a mile away.  I kept on seeing groups after groups of people heading towards the lake and was glad to bail out of the traffic zone.

After walking back through the meadow again and at the fork, I went onto Scotts Lake trail rather than back to the car.  A nice decision considering I did not encounter a single person on that trail.  The climb arrived at the same high elevation as the other trail.  I hiked probably another 2 miles before I turned around, nearly a mile short of Scotts Lake.  Didn't get to any lake, but didn't care either.  I  probably did total 8 miles in 4 hours and stated about 7250 ft at trail head and the highest point on either trail I got to was about 8000 ft. 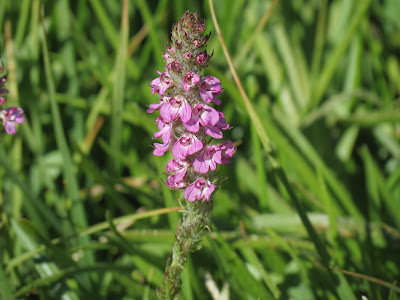 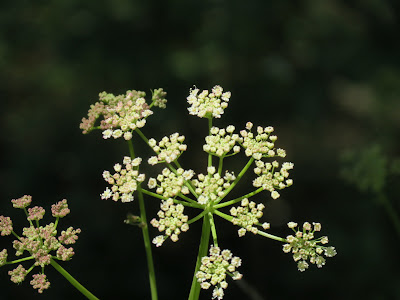 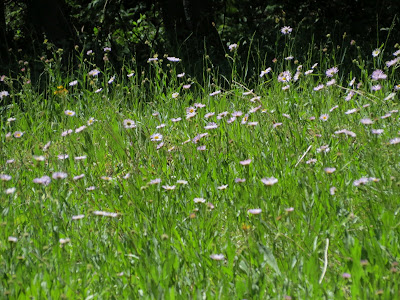 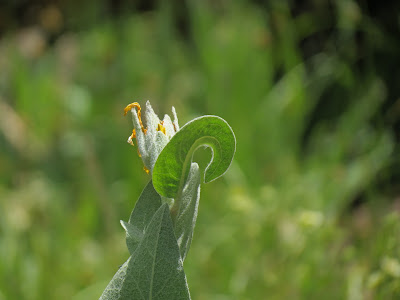 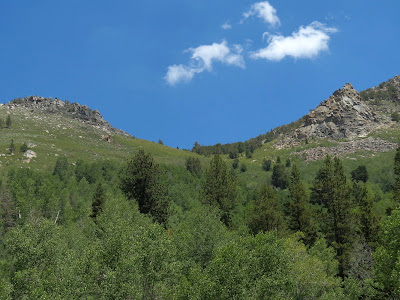 My legs were pretty sore last night so no Tour de Fleece spinning from me for one day. Hopefully I'll do some of that today.
Posted by yellowcosmo at 9:11 AM