I had finished a sweater and a few cowls before I left for my trip but I was too lazy to take pictures.

I was playing with the idea of using ginkgo leaves as motif for the designs. Originally I thought about designing a scarf for the trip but the swatch gave me some ambition of turning the motif into a sweater. As it turned out, instead of making the leaves from bottom up as in the original swatch, I ended up with making the sweater from top down. I had to re-make another swatch. 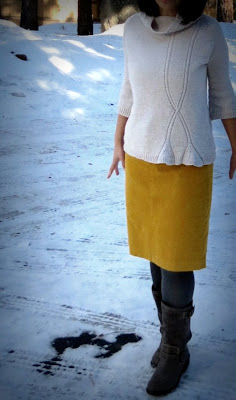 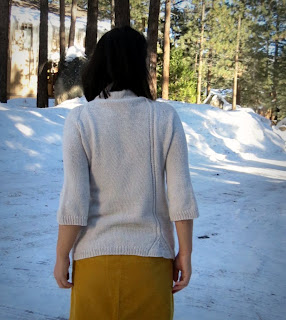 The sweater was top-down with raglan sleeves. I thought of different sleeve style of puffier sleeves first, but opted for a simpler 3/4 sleeves instead.
And of course while knitting the sweater, other ideas came to mind, namely cowls. And I wanted some fun ones, with leaves dangling. 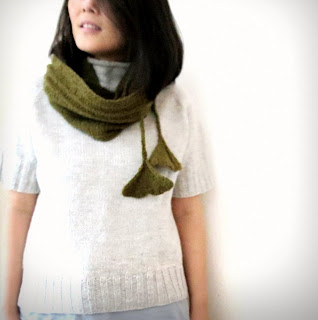 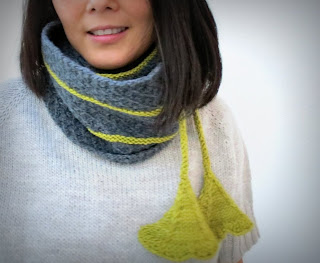 The leaves were knitted first, then attached to the cowl when knitting the purl stitch rounds.
After making a simple style with just stockinette stitches, I went on and made another one with textured stitches for a bit more firmness. Then I made different sizes of each version. I think I'm so done with making the cowls. 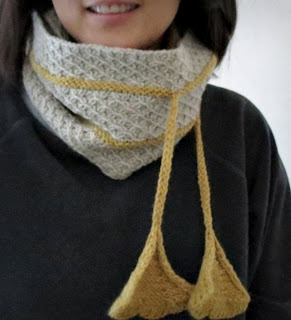 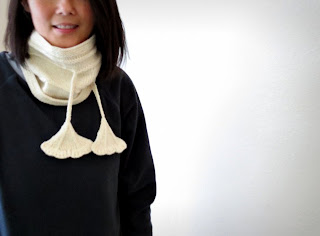 Playing with making the leaves was quite fun, albeit a bit tedious.

I am also in the process of finishing a stole using ginkgo motif.  The leaves are once again knitted differently. The stole also has a modified version of making it into a cowl. I thought I wanted to make a whole collection adding a ginkgo cardigan, but I'm getting rather restless staying with the same theme. The cardigan may have to wait 'till later, 'till I have better idea about the design.

I'd been wearing the cowls around the house today so I figured I might as well take some photos while I was slightly motivated.

Posted by yellowcosmo at 8:13 PM