From Echo to Aloha 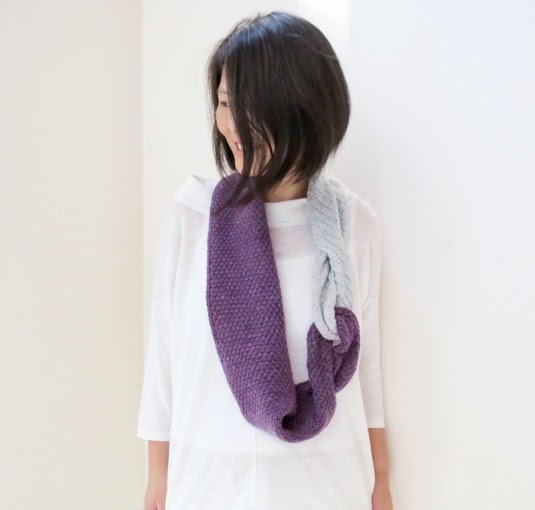 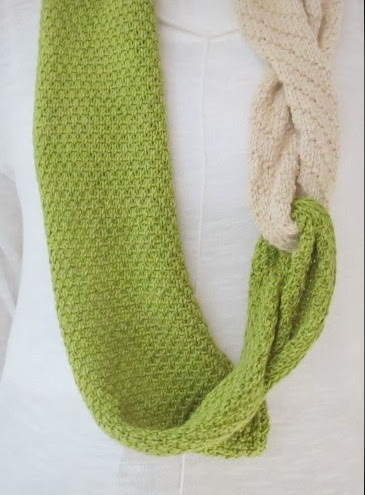 My new pattern is up!  It's called "From Echo to Aloha"
The knitting and pattern were actually done months ago, like in April or May... I think.  I can't even remember. But it sat in the queue for tech editing and testing during summer.

I wanted a two color cowl but not stripes, not stranded, and not... well, I wanted cable twist, I went with the idea of 2 sections linked together with loops. 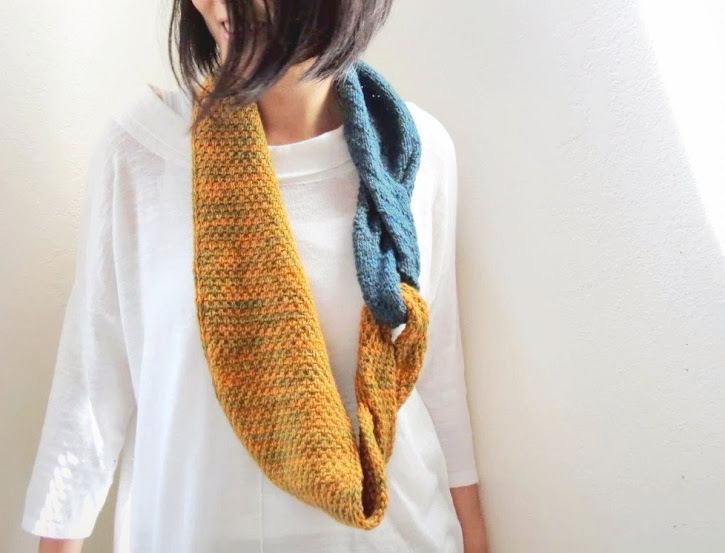 Initially one cowl was enough, but I kinda got carried away. Because the cowl was fairly quick knit, I got curious with different color possibilities. I ended up dyeing all the yarns for all all 4 cowls. The yardage was short enough for easy dyeing process.

Red and yellow definitely is not my normal color combo, but I was surprised at how much I ended up not minding it.  I do wish the minty green that goes with the purple is slightly more saturated. 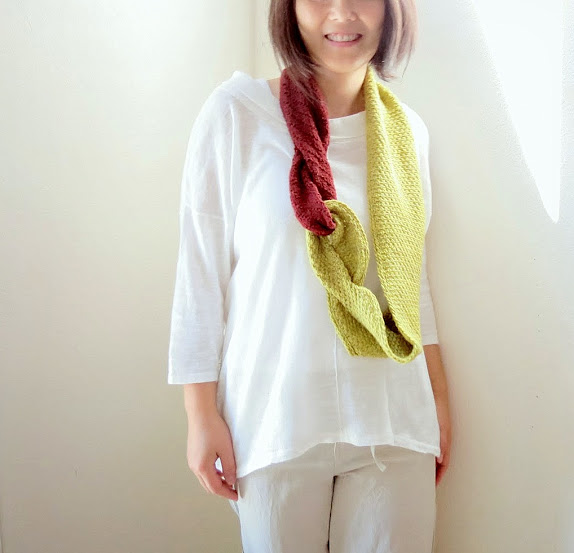 The name came at last minute.  It refers to the hike from Echo Lake to Aloha Lake in Desolation Wilderness here at Tahoe.  It was the very last hiking/camping trip we did with Cody few years ago. Half of the trail was rocky, and Cody trudged along like a good little trooper even at the old age of 13.  However, if we were to go at his pace we'd take days and days to get to the place, so half of the time Paul carried him in his homemade carrier, a sheet tied in front like a sling.  Cody tolerated that even though he'd much prefer walking and stopping every 30 seconds to sniff a bush for 5 minutes. That was just the way he rolled, totally obsessed with sniffing other dogs' smell on his walks.

I just thought of the linking together like us together. Each cowl was named after the 4 lakes along the hike, beginning at Echo Lake, then Tamarack Lake, then Lake of the Woods, and finally Aloha Lake. 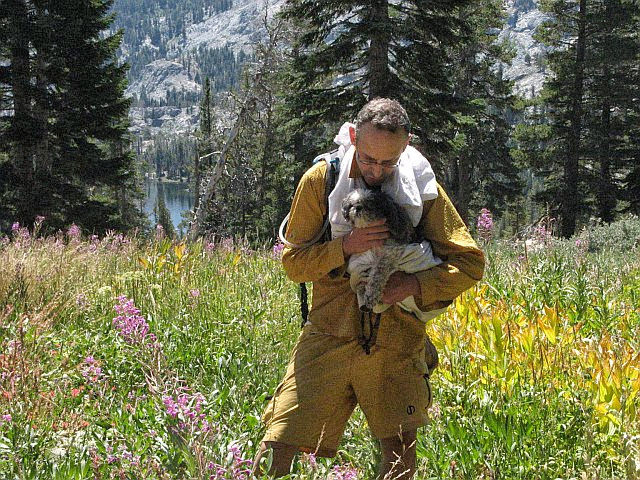 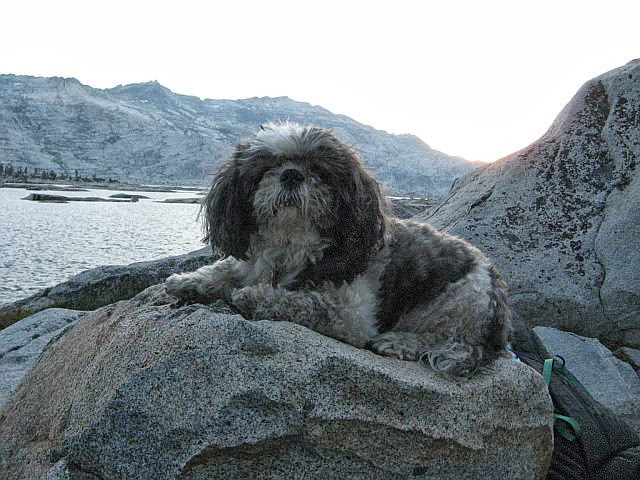