I'll Remember April... and Something Else on My Needles 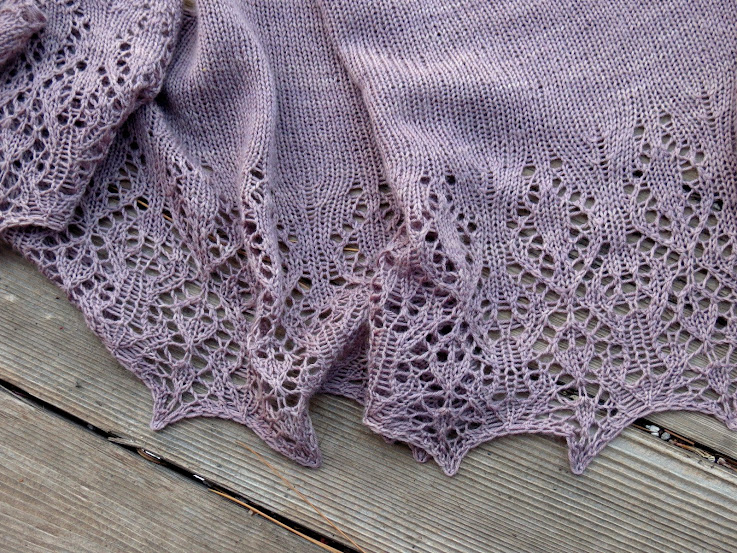 Finally, it took me long enough, the pattern of "I'll Remember April" is available now.
The test knit was actually done months ago, thank you Tatjana and My Anh.  But I kept sneaking in new patterns (i.e. Ginkgo Collection) in front of the queue for tech editing.

It's funny since it had been a while I last worked with it, I'd nearly forgotten about this pattern. 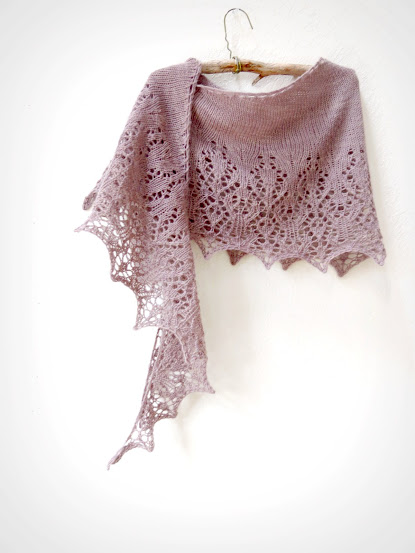 Now a pattern is up, I got something going on my needles as well.
I decided to re-knit my Inishmore, the one I knitted and completed nearly 20 years ago, and unraveled it last year due to its huge size.

I'm reknitting it with proper gauge by moving down 1 needle size, and this time size small.  It will still be big for me, but I think I want a fashionably over-sized sweater (as oppose to simply way too large to be worn.)

Knitting this definitely made me remember my respect for Alice Starmore as a designer.  It has a fairly complex stitch design that I was feeling a bit overwhelmed after the ribbing.  However, 6 rows into stitch pattern, the sequence became intuitive.  It's still by no means easy, mindless knitting, but I am enjoying it.

It's fairly slow going. I have a feeling I may start another project on the side to break the rhythm a bit. I'm not one that has many projects going at the same time because I feel like I can loose track of what I'm doing too easily.  I also dislike picking up an project and spending 3-5 minutes trying to figure out where I was. But somehow the slowness of it makes me want to do something else. 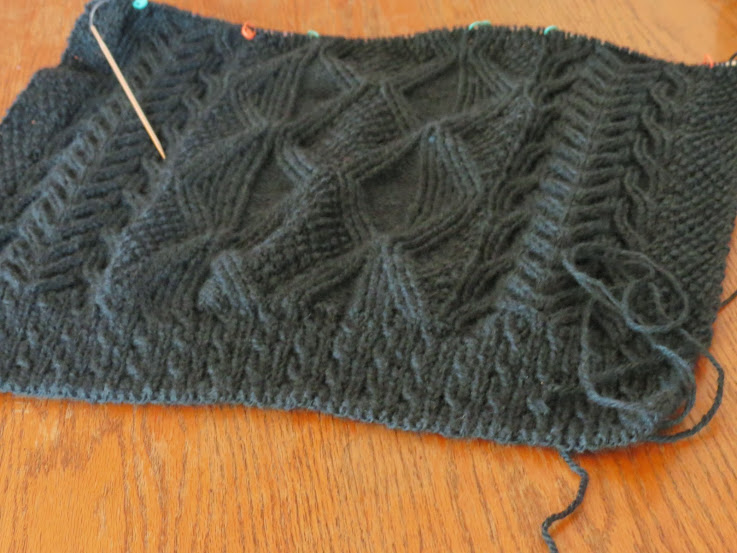