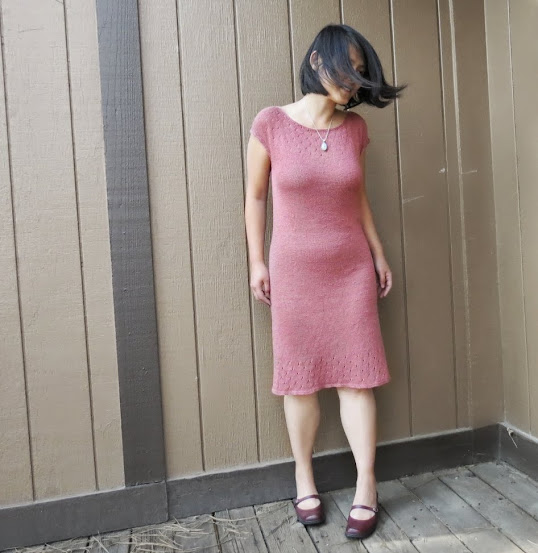 Finally I have some knitting finished. This one had been going on forever.

I knitted at least one dress each summer marking the arrival of last 5 summers. This year, I kinda lost the mojo of knitting, but I still cast on for a dress so as to keep up the tradition.

Each inch seemed to take forever. There were weeks when I was too busy with sewing and other fun stuff, and I'd only knit less about 1/2". I finally picked up the pace this past week and got it done.

I like it. It's more hugging the body than I'd normally prefer.  But I don't' mind having one thing different for my wardrobe. 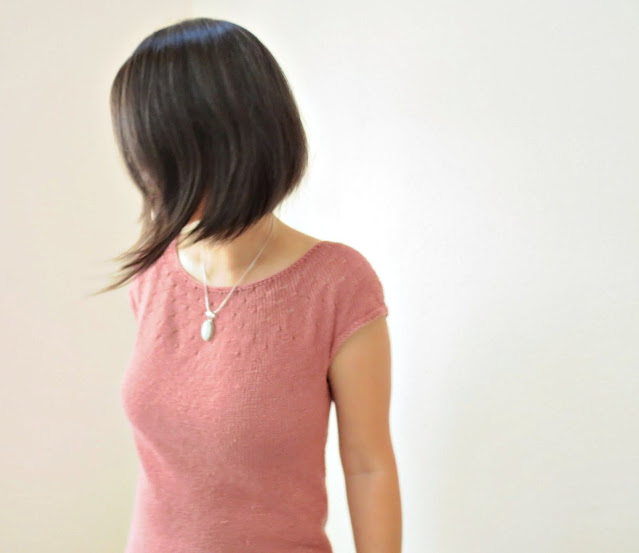 I used Quince & Co Sparrow in Nannyberry colorway, kinda mauvish pink, which made it even more noticeably body hugging. I had it in my stash for over a year and guilty had caught up with me. Initially I wasn't liking knitting with this yarn as much as I expected.  But towards the end, I definitely felt I would consider using the yarn in the future.  The swatch shrunk after washing so I planned the knitting based on that shrinkage.  It looked somewhat big after I cast off.  But I threw the dress into the dryer after hand-washing it.  It shrunk nicely, almost a bit too nicely, I wasn't expecting it to be so form fitting.  It was not tight, but I was just more used to wearing dresses on the looser side, especially around the waist.  The fabric really softened up beautifully after the dryer.

The construction was top-down in round, round yoke with yarn over as increases which created nice eyelet fabric.  I also added the eyelets at the skirt hem edge. Nothing too special but a comfy dress. 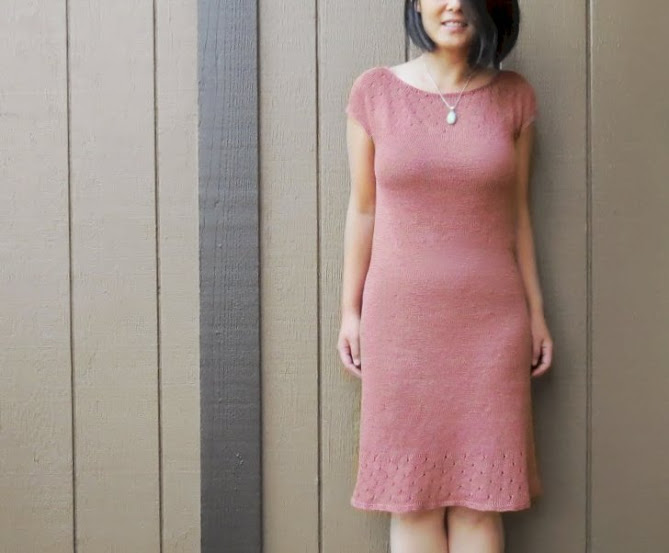 Posted by yellowcosmo at 7:30 PM