It had been really cold last coupla weeks here with lowest temperature at -17 degrees one night. There are still many, many frozen pipes in this town. Finally we're at 40's today, sunny and no wind.  Just a perfect day for a walk with Paul.

We went to the meadow and saw many happy dogs running in the snow on this beautiful day. Everyone was so happy, the dogs, the people. That is one thing we do on most nice Sundays, since we still cannot bring ourselves to get another dog, we'd go to the meadow on Sundays and do doggie watching.  The trails are usually full of dogs and their people on Sundays, we nicknamed it doggie parade day.  Seeing happy dogs makes me happy.  So we do that and make little donations to rescue groups. 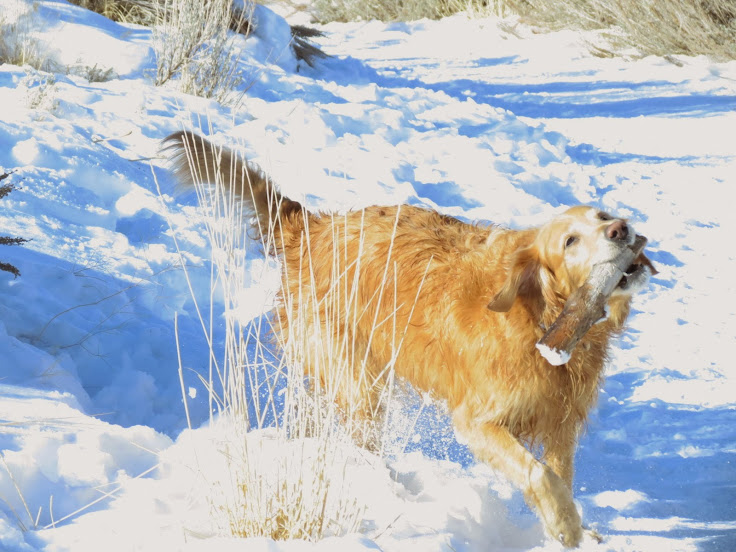 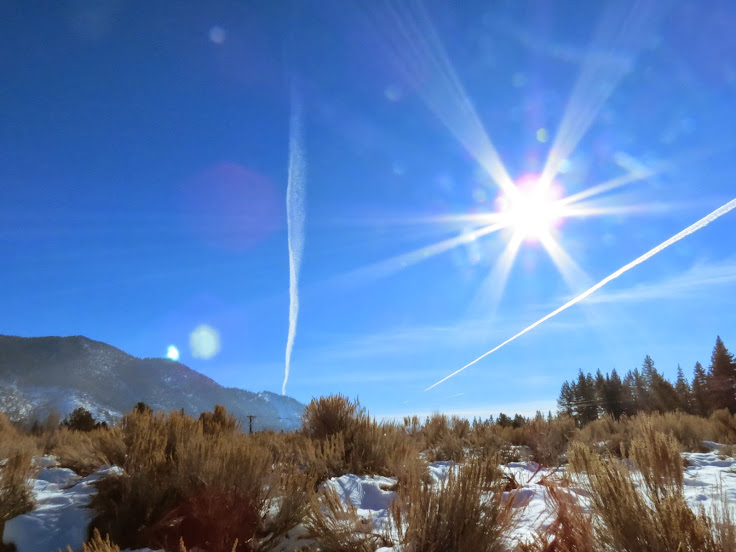 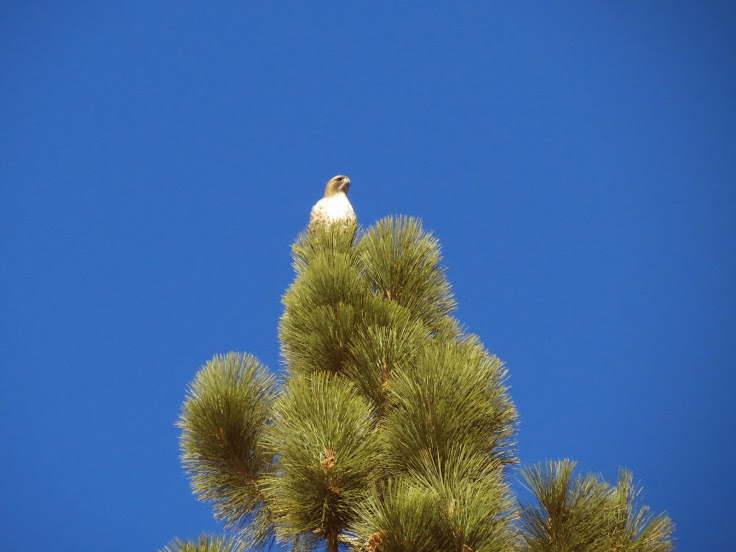 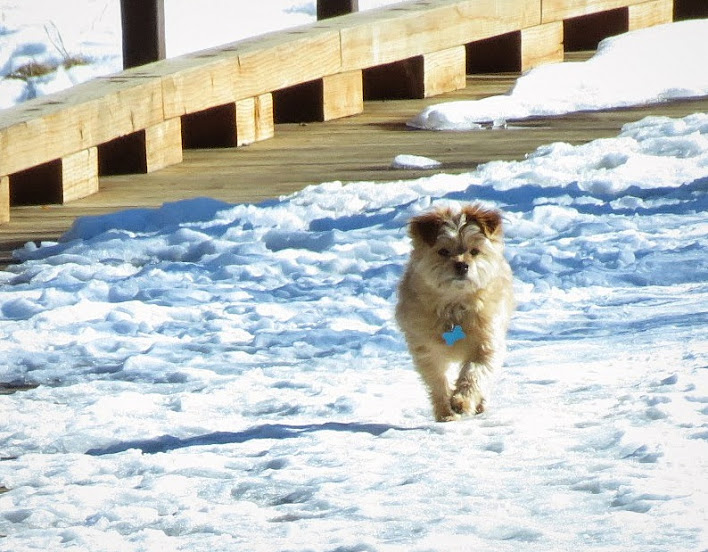 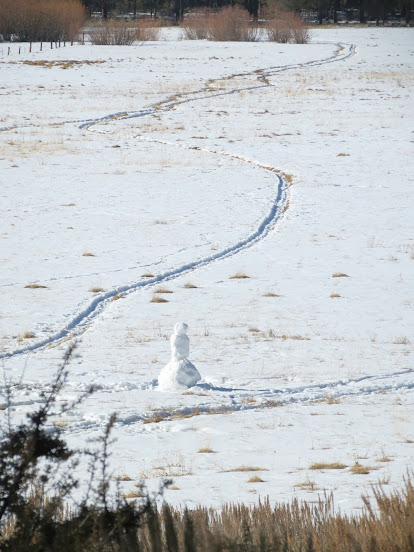 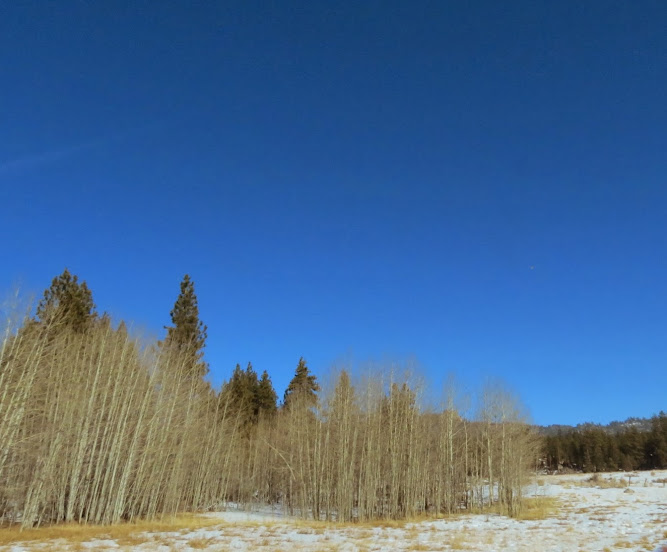 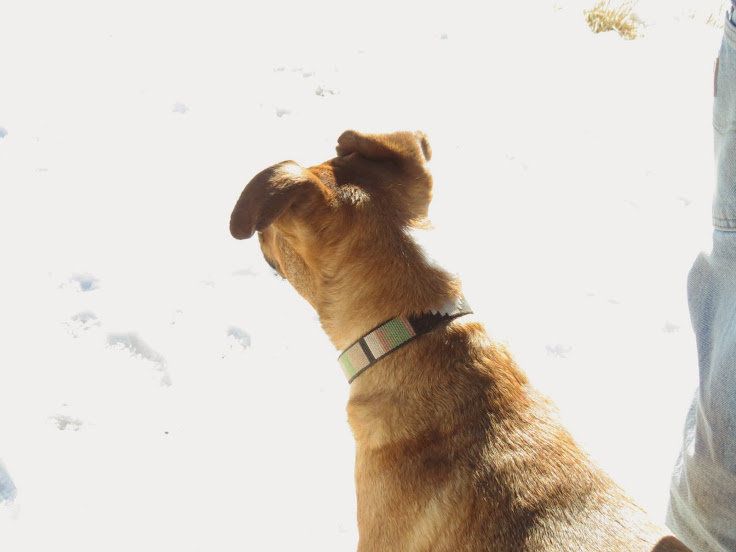 I've been wanting to get some cheap cross country skis lately, and seeing one guy skied by with his 2 dogs really boosted that idea.  The three of them looked like they're having such a great time.

This is the first time in 10 years that we did not buy season passes to the ski resort.  The snow had been total bust last 2 seasons.  I ended going to the resort only about 10 times or less each season, and I live 10 minutes drive to the resort.  I also find it less and less attractive to resort  chocked with people, even off trails were always tracked out soon after a snow storm. On a beautiful day, I'd be much happier in back country.  We decided we'll do a bit more back country snowboarding, and try our feet on cross country ski this season.  I never learned how to ski, I'd only tried pseudo cross-country skiing on split board (snowboard designed for back country that can be split up into 2 and used like skis for going uphill, and clip together as snowboard when coming downhill.)  I liked it.  Sure I'll miss the adrenaline of shooting down the hill as fast I can, but even that began to feel less and less satisfying when I always had to dodge many people just standing around or stop in the middle of trails. 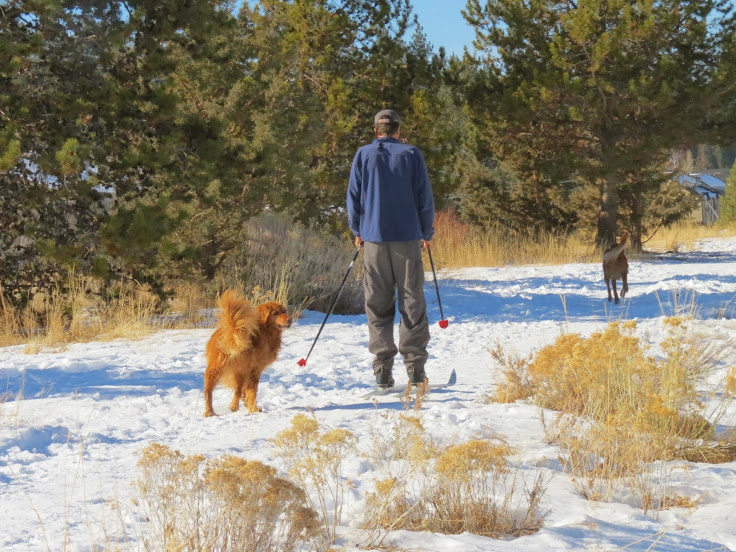 As for knitting, I have been knitting quite a few hats lately.  I finally got a chance to take a picture of one of them today! 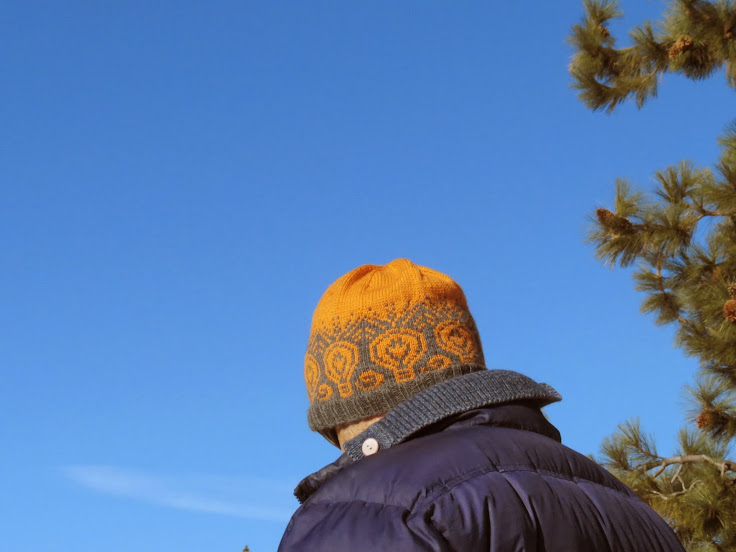 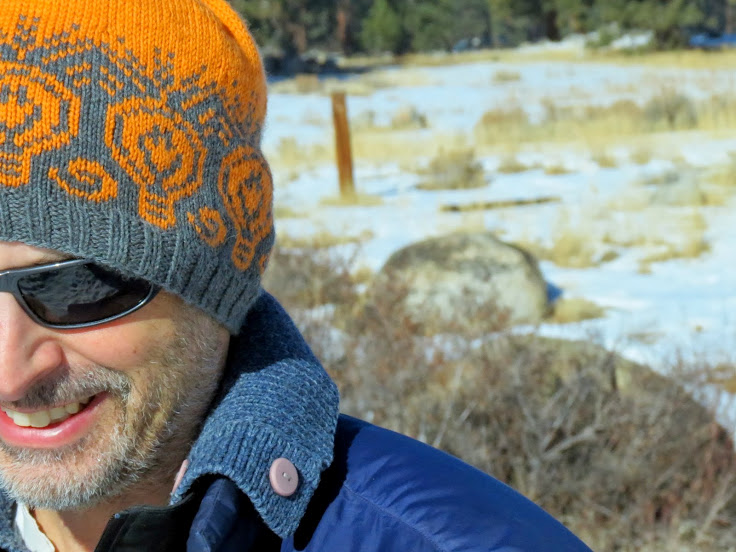 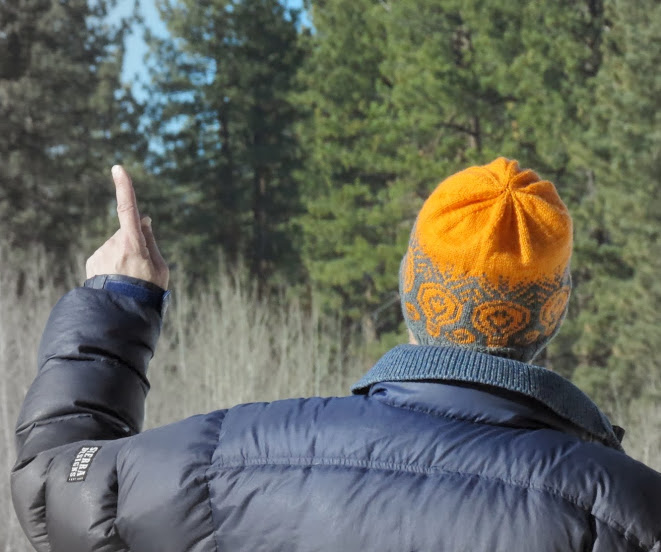 Most importantly, the semester is finally over! I'll finally get more time to knit and sew.

Posted by yellowcosmo at 7:02 PM