Another year gone by, another year ahead.
As usual, we didn't do much for new years eve.  The town is filled with tourists, the usual gathering of huge crowd near the casinos, and on top of that, the Snowglobe music festival. I'm really not into crowds. It's always a bit scary to go out on New Years Eve considering tons of drunk pedestrians and drivers on the main street.

We stayed in and watched documentaries on Netflix.  A really good one we saw last night was Reel Injun, about portrayals of Native Americans in Hollywood film. And we finished up Art of Flight, a backcountry snowboarding film making story.  It satisfied our missing boarding this year.  In many ways, we're glad not to get passes for the resorts, but there has not been ANY snow lately to even think about doing backcountry around here.  It's sad, very sad the lack of snow here.  Even our neighbors who had long refused to believe in global warming (yes, they're like that, but they're the nicest people, really) said, "I think there may really be global warming happening!" Everyone in town is shaking his/her head.  No matter, tourists are still piling in on the slope and enjoying the man-made stuff. 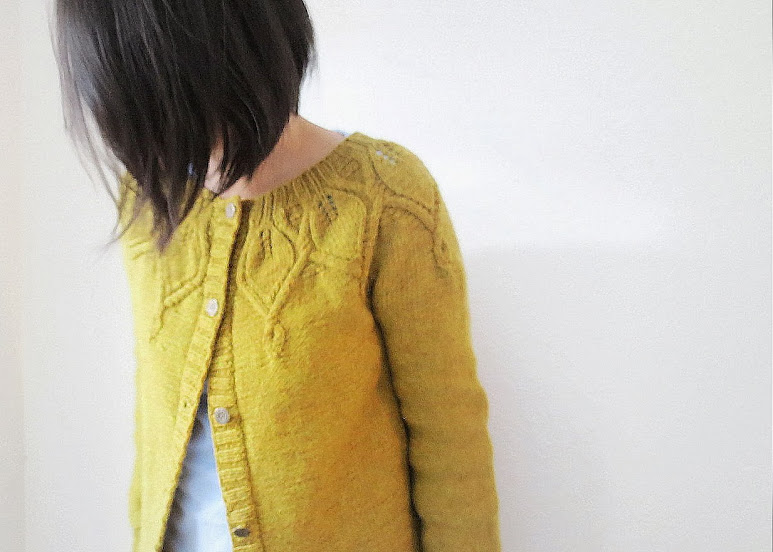 Two hats and a sweater. One of the hats came first.  And it inspired the sweater, then I made the hat again with the same yarn as the sweater. 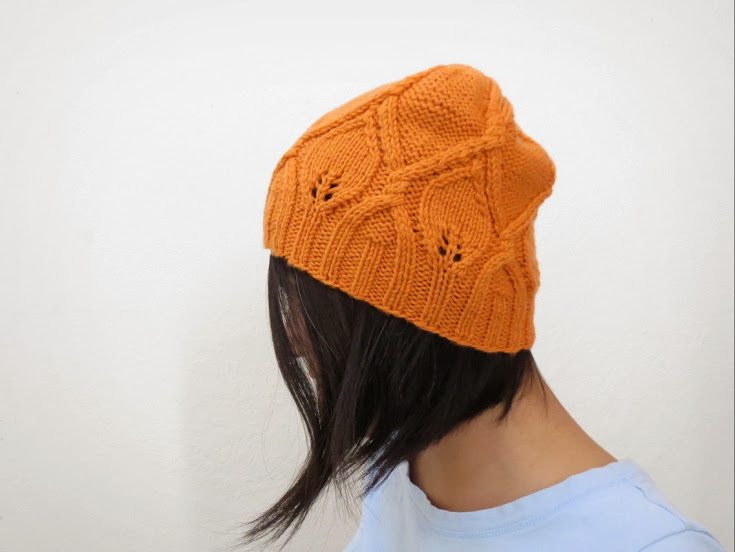 I actually made the first hat using Cascade Heritage 150 first.  The hat was a remake of a hat I did coupla years ago that I wasn't as thrilled with the finished look so I never bothered to take pictures.  First I remade it with Heritage 150, third part of the 4 hats using 2 skeins of Heritage series (the first was the light bulb hat, the second was the carousel hat, which was finished weeks ago, and I just realized I never blogged about it here.)

Anyway, the hat then inspired the cardigan. Cardigan was designed with round yoke, with cables and the leaves motif all along the yoke.  Rest of the sweater was knitted in reverse stockinette stitch. It turned out pretty much as I'd  hoped.  I was waffling between changing the body to more swing style, but.. I ended up with more the practical and ordinary body.  I gave myself 2" positive ease, kind of a trend of me lately, liking a little room for layering, also more along the line of what I normally wear. 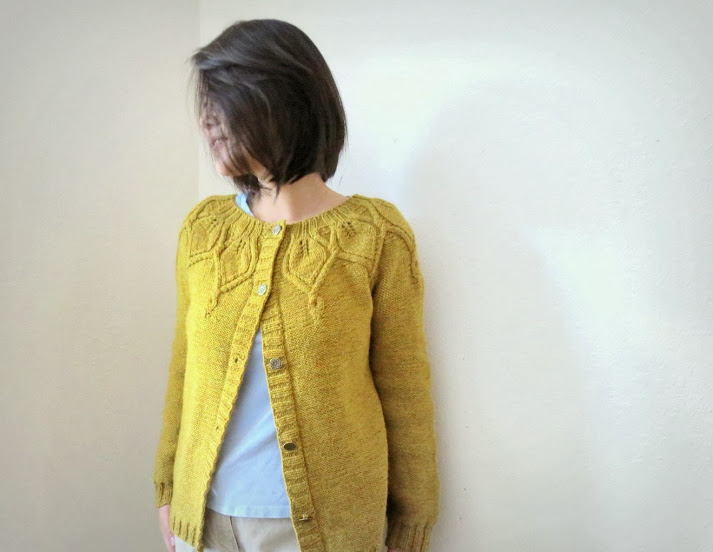 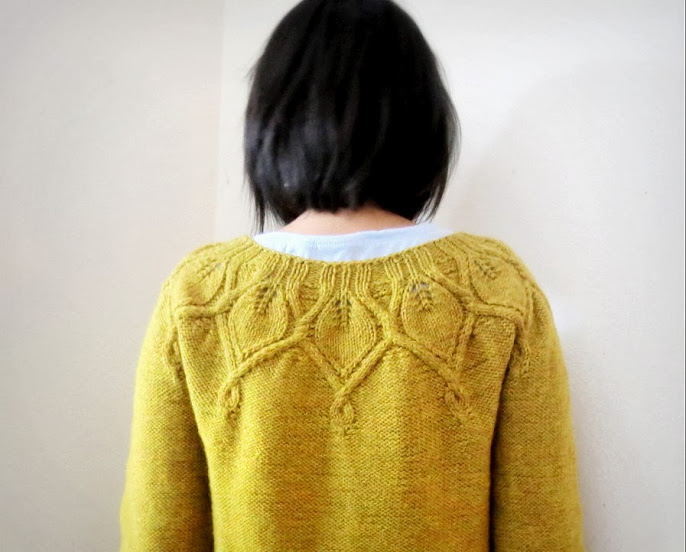 After finishing the sweater, I had enough yarn left to make the second hat to match the sweater, not that I'm into the matchy thing.  It feels kinda like a little girl outfit set when the hat matches the sweater. But I'm definitely liking the second hat just as much as the first one. I love making hats since they're so very quick to make. 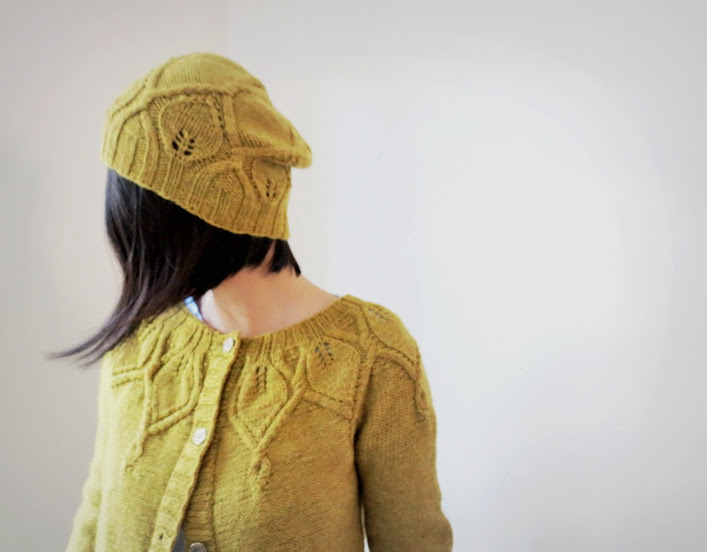 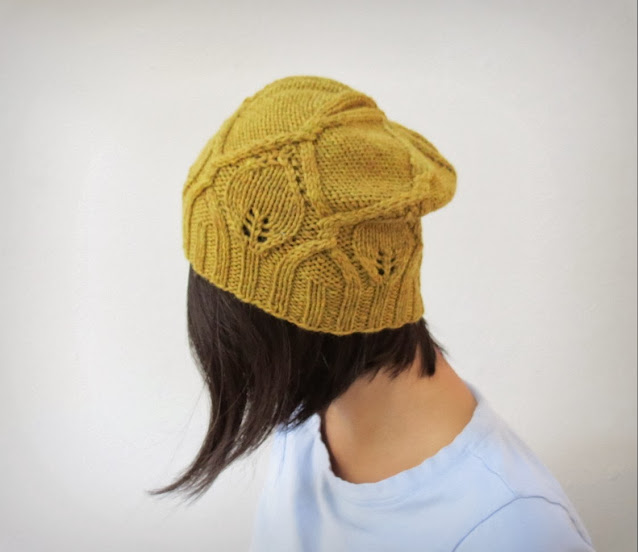 So, here they are.
Have happy and fulfilling 2014 everyone!