After Thimphu, we proceeded to Phobjikha Valley.  The drive was 8 hours over mostly unpaved road. We had to applaud our driver Nangay's skill.  Most of the time we were driving along cliff side, and 2 way traffic on mostly single lane, unpaved road.  We all got slightly nervous when coupla times the van got a bit stuck in the mud. Fortunately, it only started raining the last 1/4 of the way so the road wasn't as muddy as it could've been. 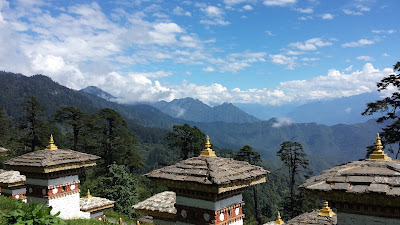 View from Dochu La looking out into the Himalaya range 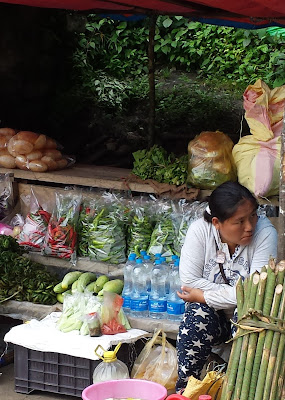 Vendors selling produce along the side of the road.
Our driver Nangay bought a giant cucumber and shared it with us.

We started very early in the morning, and drove over Dochu La pass, had lunch in Punaka, and continued on to Gangtey.  It was raining and late in the day when we arrived at our hotel. The stay at Gangtey Lodge was amazing, and the most awesome part was we were the only guest for the 2 days we were there. The view of the Phobjikha valley was beyond breathtaking, just endlessly green. 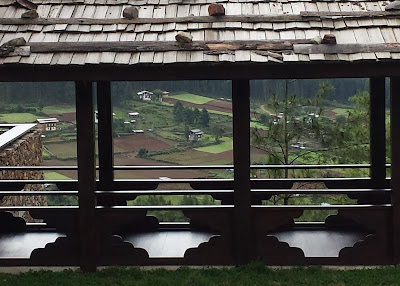 view from the hotel 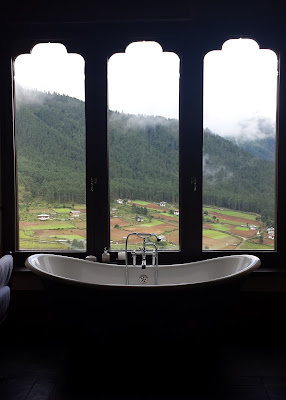 view from my room.  Even though I'm really not a bath tub person,
I did soak in it for 5 minutes.


The next day we visited the Gangtey Goemba temple. It was on top of small hill with a tiny village leading up to it.

Then the real highlight was our hike through the valley, passing the area where Black Neck Cranes would migrate in November.  The hike was easy and beautiful.  It first went through potato fields, then through the woods, and then back on more pastures.  This was probably my favorite hike of all the places we went, and the only hike where we saw no other tourists at all, just us. 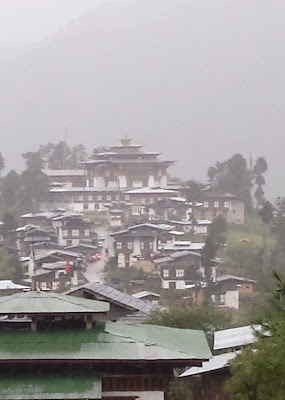 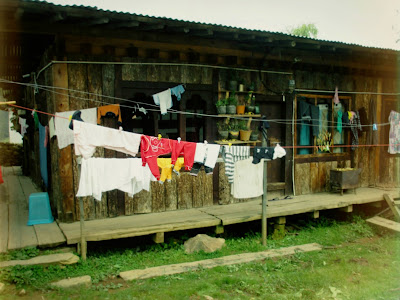 a house in the village 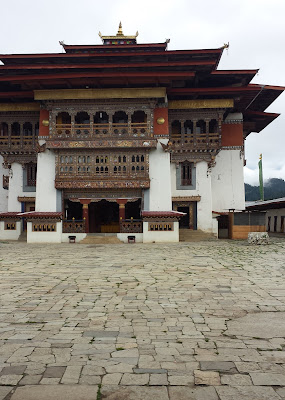 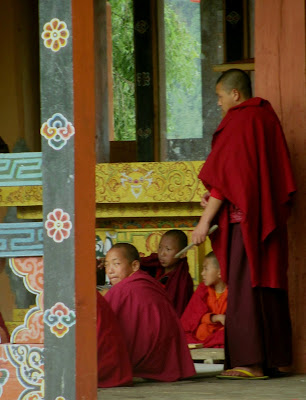 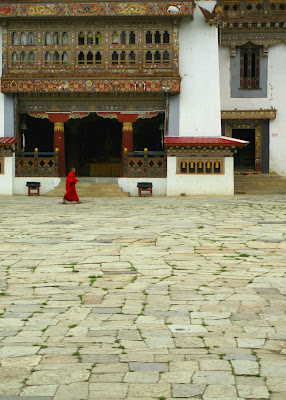 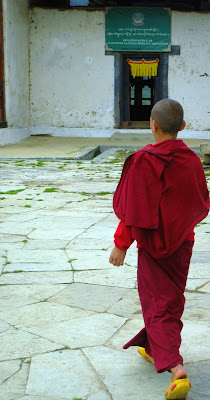 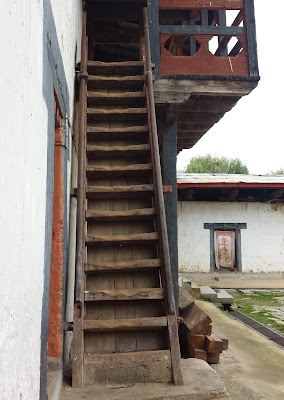 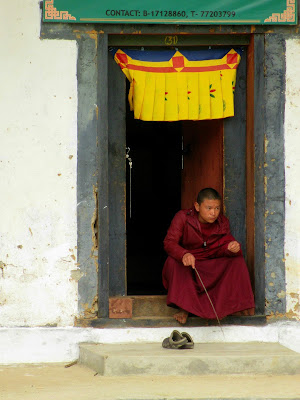 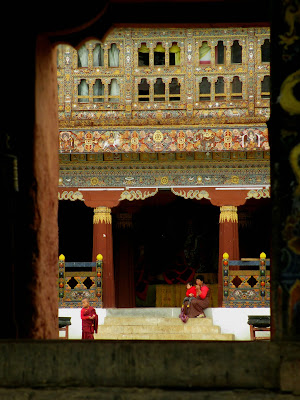 Most tourists don't make it to Phobjikha because it takes so long to get there and the road condition is not the most comfortable.  Once we're there, it was such a treat to be away from the more well-trodden places.  It was quiet, beautiful, and peaceful. Even our guide Deechan said she would love to live in Phobjikha one day. She joked that maybe she can marry someone from here.  She also pointed out people in Phobjikha look slightly different (not that I could tell the differences immediately) because they're nomad origin and they have more reddish cheeks, more similar to the Tibetan look I suppose. 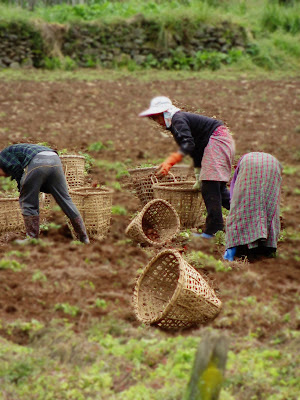 Farmers harvesting potatoes.  It immediately made me think of Van Gogh's drawing 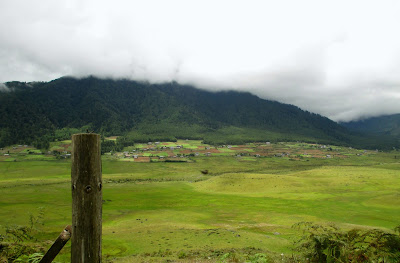 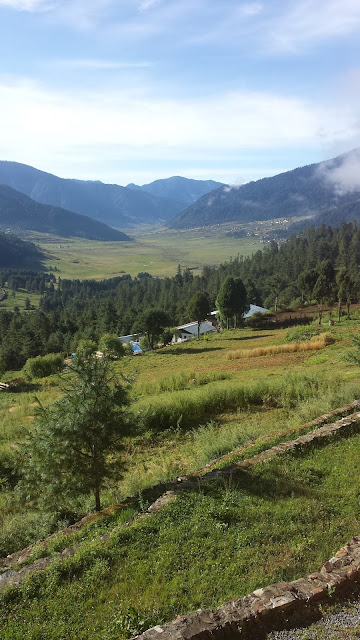 Phobjikha was truly a gem that made the long and rough drive really worth it.  The whole Bhutan was like being in Shangri-La, but Phobjikha tops all for me. It also didn't hurt that half of the time we were there it was gently misty, then it was sunny and beautiful during our hike until the last 10 minutes when it started to drizzle. I felt like I walking in a dream.

Posted by yellowcosmo at 9:37 PM