Lobster Here and Lobster There

I got 2 new patterns up! Rock the Lobster and Lobster Hat 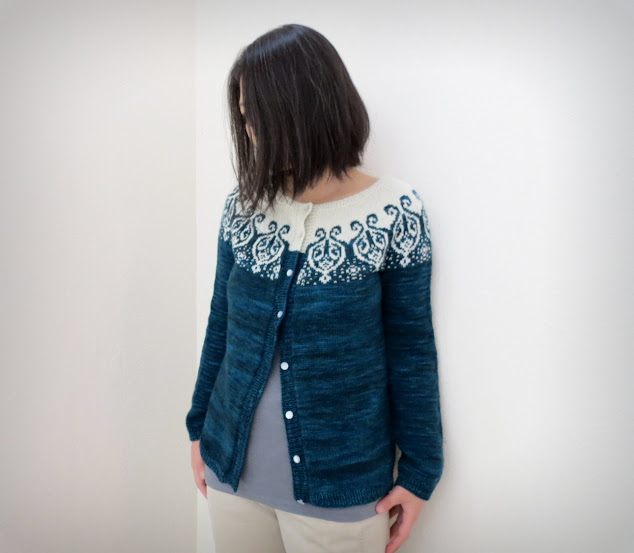 I tentatively called it Rock the Lobster because the yarn I used (Bugga) is colorway Blue Lobster.   And every time I hear that word Lobster, I immediately think of one Saturday Night Skit, with Ana Gasteyer and Will Ferrell as Culps at a high school prom, they sang, "Rock the Casbah, Rock the Lobster..."  It was so hilarious that it stuck to my mind forever. (I tried but could not find a video link on the internet to show you.  Oh well..)  I thought I was going to change the name when I release the pattern, but when a tester was asking a question and referred to the individual motif as a lobster.  And I thought, yes, it does kinda look like one too! So the name stays. 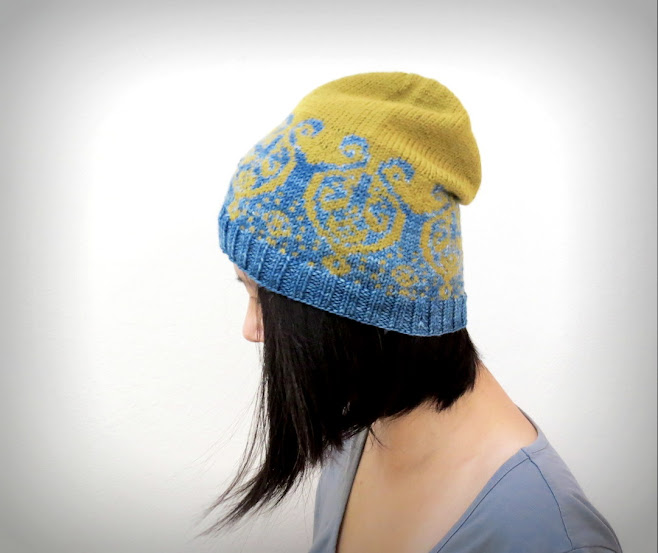 Here they are the cardigan, and the hat. Both used sports weight yarn and stranded work.  The cardigan is knitted in round and cut steek at finishing stage. I love cutting steek, it gives me a little adrenaline rush.
The hat is knitted from top down.