Let's Go for a Walk! 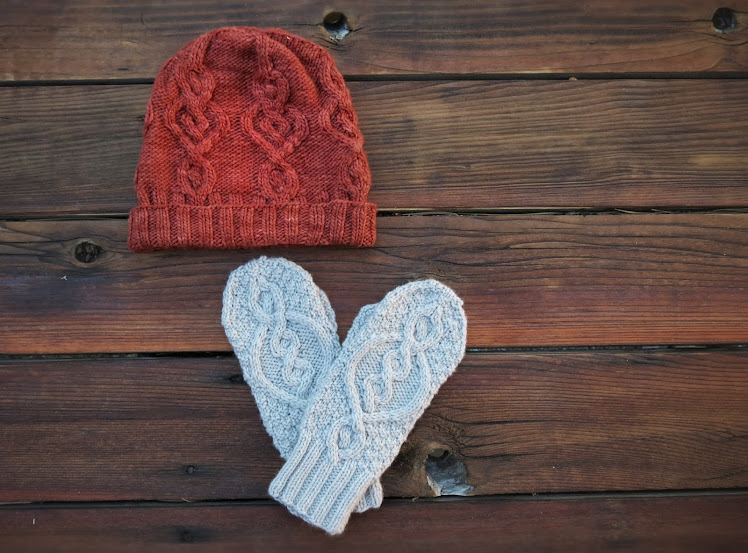 How I miss saying that to Cody, "Let's go for walk!"   Going for a walk was his favorite thing in the world, even more than getting treats.

Holiday season is approaching.  As I was knitting away my cardigan (I'm really loving it,) a thought came to me that I shall make couple of accessory patterns for the season to help out ones that cannot help themselves, the abandoned, neglected, and abused animals.

I wish I can win lottery someday, so I can donate a lot more to animal rescue groups.  The people that do the really important work deserves our thanks and support.  Since I don't have the habbit of buying lottery tickets, the chance of that is rather slim. In the mean time, during the month of December, I'd like to donate 100% of the sales of these 2 patterns to local animal rescue and shelters. 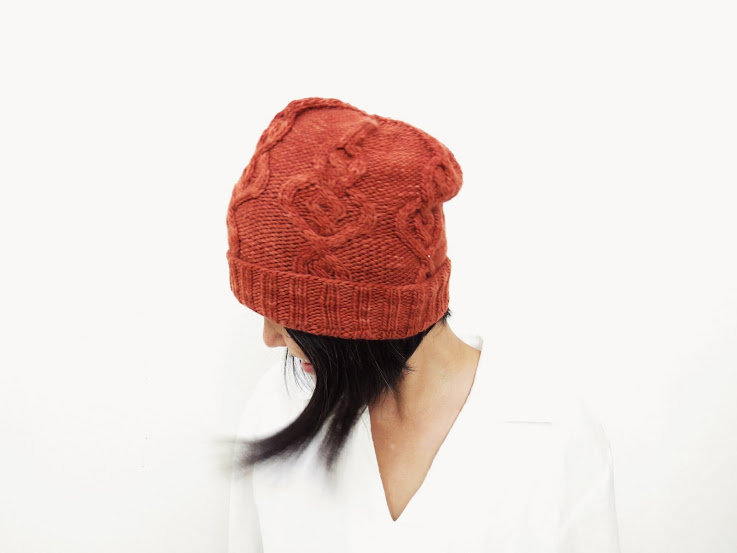 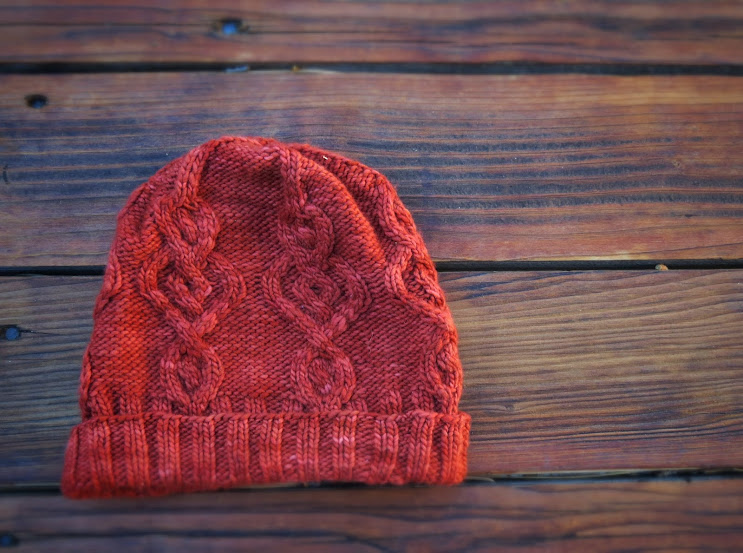 The first one I made is called, "Let's Go for a Walk."
It's a hat with cables I designed.  It's kind of a tall Pillbox style hat with folded over ribbing.  I first made the ribbing only 2", upon finishing the hat, I decided it looks much better with longer ribbing to be folded over. So I picked up stitches along CO edge and added another 2" to the ribbing.  The total 4" length is in the pattern. 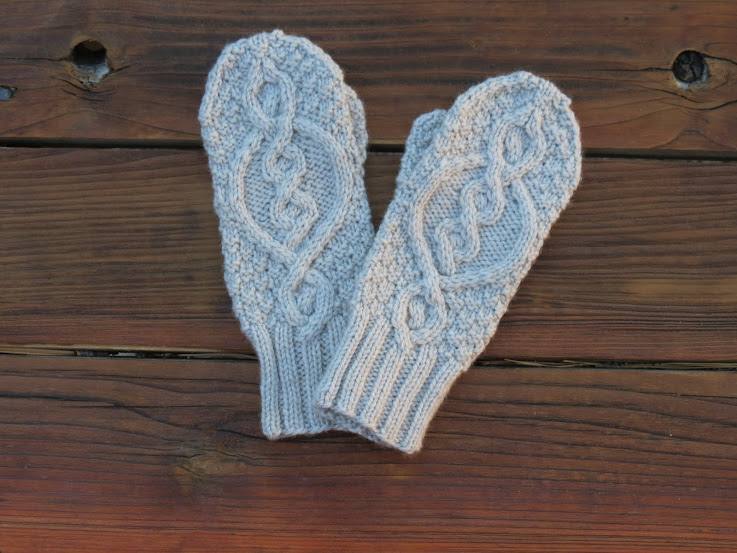 Then I made a pair of mittens to go with the hat.  It's called, "Let's Go for a Stroll."
The cable design was varied a bit from the cables on the hat to adapt to the size of mittens.
I used double moss stitch for the border and the palm side.

Both turned out even better than I expected.
I was able to knit both in one week of marathon knitting. I am hoping to raise some money for little donation local rescue groups and shelters.  I have not decided which ones. Right now I'm looking at a group that rescue dogs and cats, also there is a no-kill shelter nearby.

Posted by yellowcosmo at 8:21 AM