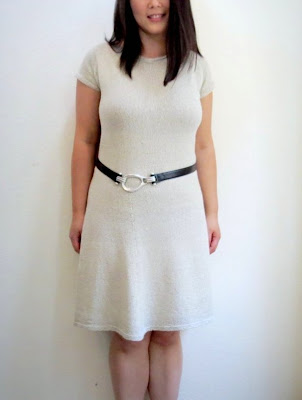 I bought all 10 balls (Elsebeth Hempathy) from someone destashing on Ravelry.  I just automatically assumed they were of same dye lot since it was not mentioned in the transaction or stash page.  I was so careless and never bothered to check the labels myself before I began the project.

After I tried it on upon finishing the dress, I immediately noticed the huge tonal differences in areas, very noticeable (the photos couldn't capture the differences much.)

I deliberately wanted a very simple, straight forward dress, with very slight bias off center on the bottom of the dress. However, the darker band below the waist made it look as if I'm wearing darker underwear that showed through. Also the waist area was lighter than the bust and hips and in two different light tones, the opposite effect of what I wanted of waist area, lighter = expand. Apparently 3 different tones (dye lots) in the dress. 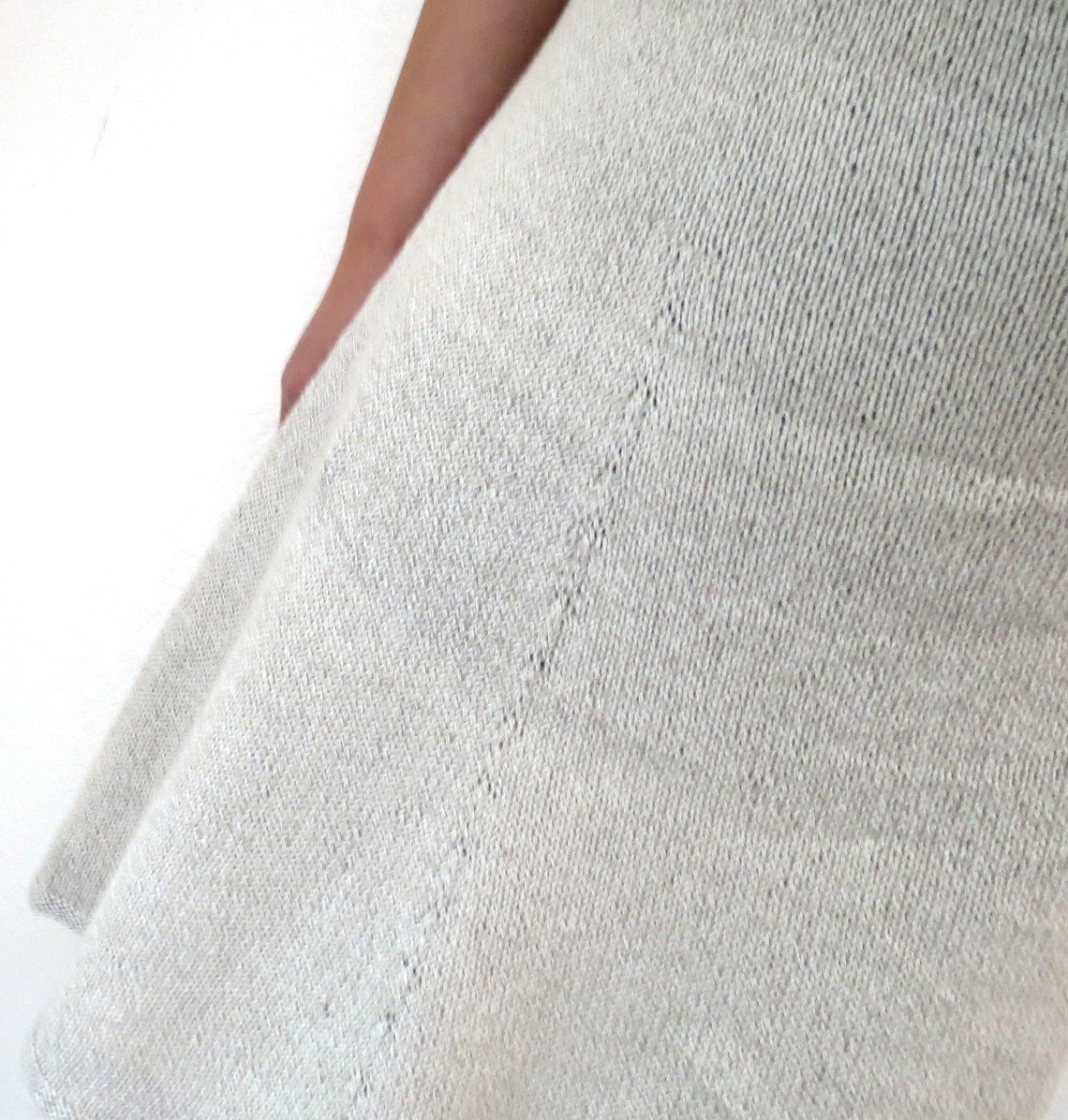 The yarn itself was very lovely, wonderful drape, easy to work with for this type of yarn.

I guess I'll chalk it up to lesson learned. 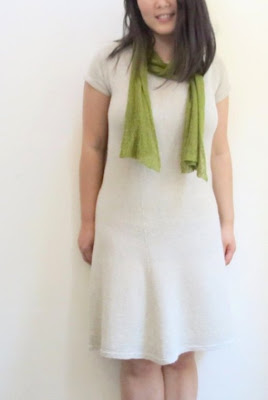 Edit:  I want to add that as much as I rant, I'm inclined to believe the destasher did not intentionally sell mixed dye lot yarns.  I remembered the transaction being prompt and very friendly.
It really was also my own fault for not checking dye lot.
Posted by yellowcosmo at 4:46 PM